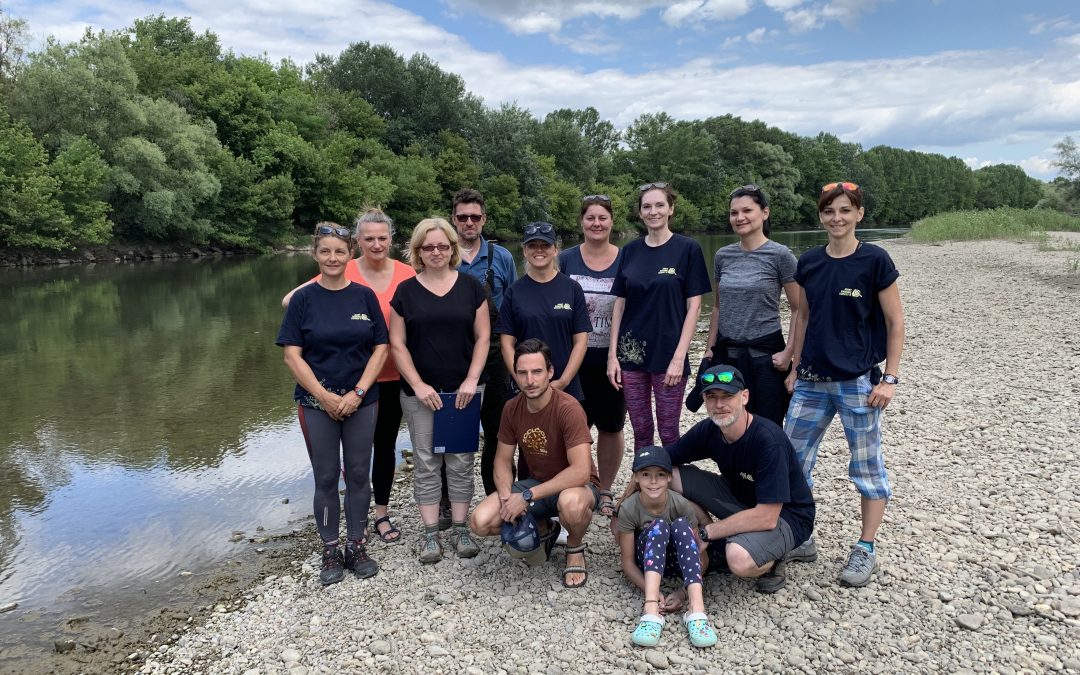 At the beginning of July, AquaBOL.SK team, together with the Slovak national team of colleagues from the Water Research Institute, participated ata regular international survey of the Danube River: “Joint Danube Survey 4 (JDS4)“, which is organized every 6 years. Traditionally, the survey is aimed at analysing the various biotic and abiotic components of this large European river and its major tributaries across all the countries through which the Danube flows.

For the first time, the survey is focused also on eDNA analyses of water samples, sediments and macroinvertebratesin cooperation with the European COST project “DNAqua-Net“. Our team participated in the sampling of these eDNA samples from six profiles on the Slovak Danube section and its main tributaries (Moravia, Váh, Ipeľ, Hron rivers)! Parallel to sampling for JDS4, we also took samples for our own eDNA analyses and barcoding of additional organisms that are still missing in AquaBOL.SK database.

In addition, at some of the profiles we also took eDNA samples from water and sediments for an international project led by researchers from Estonia – “FunAqua“, which is focused on a worldwide survey of aquatic fungi biodiversity.